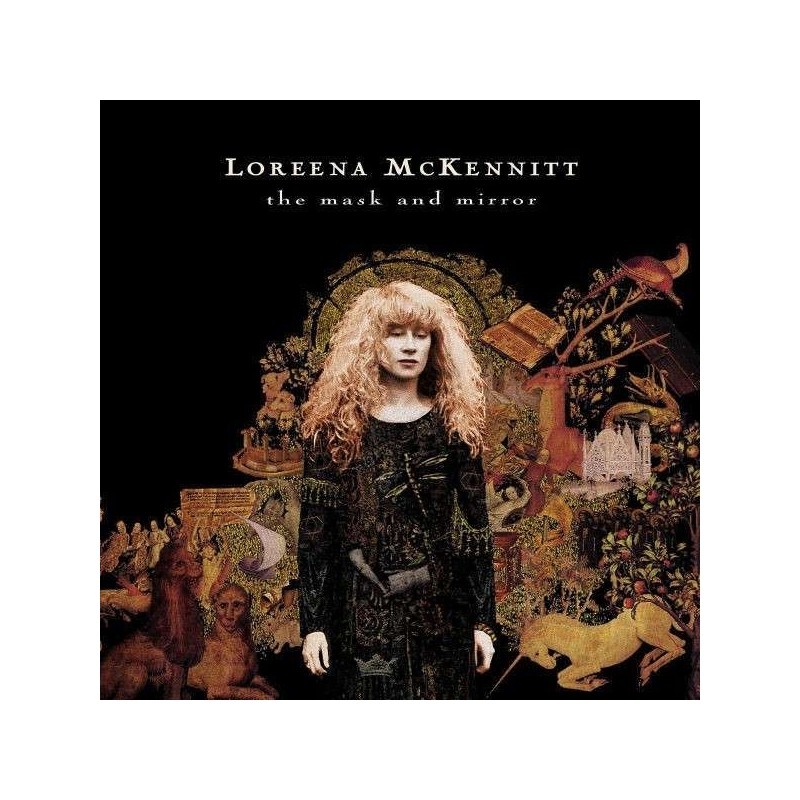 The Mask and Mirror, CD

Loreena McKennitt drew her inspiration for this album from 15th century Spain, where the cultures of Christianity, Judaism, and Islam coexisted uneasily, tied together by a common tradition of religious mysticism.

McKennitt reflects the multi-culturalism in arrangements that mix the half-tone intervals and familiar instruments of the Aryan north with the quarter-tone intervals and dumbeg, oud, and tamboura of the Semitic south. The results are often intoxicating, even if the composer consistently prefers slow-moving tempos. There's a tension and density to this music that safely removes it from the new- age category.

McKennitt's attempts to evoke medieval mysticism in her lyrics are less successful. She fares best when she draws her texts from other sources: Prospero's closing speech from Shakespeare's "The Tempest," Yeats's "The Two Trees," "The Dark Night of the Soul" by the medieval Spanish mystic St. John of the Cross, and the traditional narrative ballad, "The Bonny Swans." One these numbers, the shadowy, mesmerizing atmospheres conjured up by McKennitt's music are enhanced by the words rather than spoiled by them. --Geoffrey Himes